Parties with a Purpose!

Celebrations and honors were what this week entailed for me. I started the week off at the Mixtape Comedy Show where The Mama Luke Foundation, led by Hip Hop Pioneer Kangol Kid, teamed up with host Royale Watkins for a show dedicated to support the awareness of Breast Cancer.  It was really great to see all the supporters in the building in addition to special guest who came through such as Bowlegged Lou, Tony Rock, and Grandmaster Dee of Whodini.  The show was for a purpose and as a bonus a portion of the proceeds from the nights show will be donated to the American Cancer Society.

While I was inundated with projects from the work week, I briefly swing by the Jazz at the Lincoln Center on Wednesday to capture some of the preshow activities from the National Action Network (NAN) and Reverend Al Sharpton’s 2nd annual Triumph Awards which recognizes those who have a made a positive impact beyond their performance in the entertainment industry and community engagements. Hosted by NBC News correspondent Mara Schiavocampo, the honorees included the following: 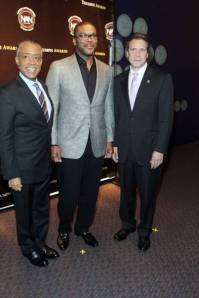 While I was able to attend this year’s show briefly, I definitely look forward to enjoying the entire ceremony of next years award show!

Posted on October 22, 2011, in Empowerment, Entertainment. Bookmark the permalink. 1 Comment.