Celebrations with a theme of “Music and Dance” seemed to be the happening stories in the city! The week of May 7-13th celebrated the Second Annual Harlem Jazz Shrines Festival in Harlem USA’s Historic Jazz Venues. Performances were exhibited in various Harlem landmarks including the Apollo Theater, Club Harlem, Havana San Juan, Lenox Lounge, Minton’s Playhouse, Monroe’s Uptown, Park Palace, Showman’s Jazz Club, and Small’s Paradise which all featured established and emerging artists showcasing sounds of jazz with a flair!

I had the opportunity to catch some of the musical mayhem on Friday, May 11, at the Small’s Paradise (RE) Created! The show was indeed a treat as the audience vibed to the sounds and sensations of Marika Hughes. The talented and passionate artist serenaded the crowd with the cello and created an ambience of exotic emotions through her music. 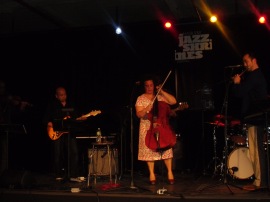 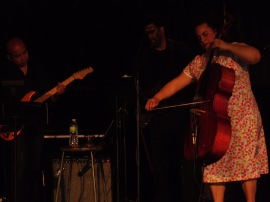 Then, the audience was graced with the beats from the acclaimed drummer, Will Calhoun. Known for his work with Living Colour and artist such as B.B King, Lauryn Hill, and others musical greats. The performance Calhoun gave showcased a variety of styles from jazz, rock, contemporary, and rap. He also spiced up his performance by having his sister accompany him. She showed off her dance moves to aimlessly match the vibration of sounds which created a mix of African and Jazz movements! A phenomenal show indeed, which kept the essence of Harlem’s culture in mind! 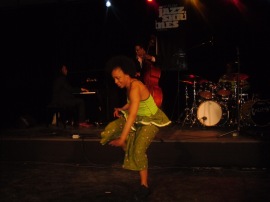 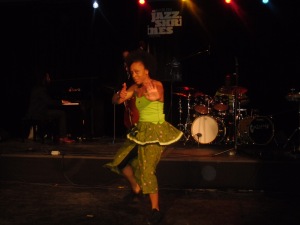 Transiting from the sounds of Jazz was another musical event which included the beats and rhymes of Hip-Hop. On Saturday, May 12, the Second Annual Bronx Hip-Hop Block Party was held at the World’s Famous Gauchos Gym in Bronx, NY. This family friendly event allowed the crowd to pay homage to the birthplace of hip-hip, the Bronx and celebrate its culture by including the four elements of Hip Hop: DJ’ing, Beat boxing, Break dancing, and Graffiti. Throughout the day, special guest graced the crowd with their presence. From comedians Marlon Randolph, to Kenny Williams, hip-hop artist Dana Dane, DJ Envy, and the soulful trio, Simplicity. 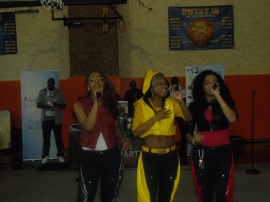 It was a spectacular week for a musical and dance mayhem! However, it would not be complete unless All that Jazz was on the scene. The opportunity to Chicago Step with “The New York ‘Chicago Style’ Steppers” at the Dance Parade in New York City allowed me to combine my affinity for soul music and dance to complete the themed adventure by dancing on Broadway with some soulful tunes! 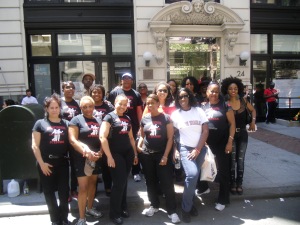 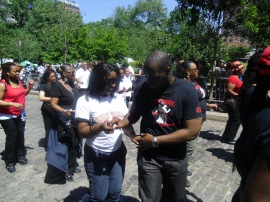 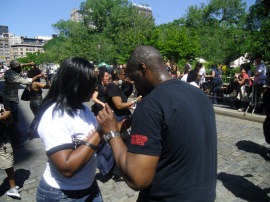 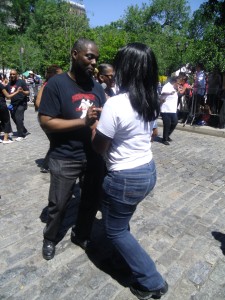